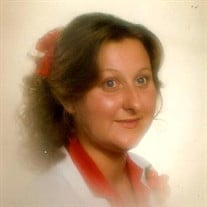 Sandra Gail (Derick) Nelson of Spokane, Washington passed away on July 1, 2019. She is survived by her husband Tim, two children, Staci Lewis (Ben) of Clarksdale, Mississippi, and Jared Nelson of Spokane; brother, Jim Derick of Baton Rouge, Louisiana and her mother June Derick, also of Baton Rouge. Tim’s narrative: Sandi first got my attention when she brought homemade chocolate covered marshmallows (the pink, yellow and orange variety) rolled in nuts by my work one day. These were a particular weakness of mine and I devoured them immediately. What I soon learned was as a result of a prank I had played on Sandi a couple of weeks earlier she had dipped kitchen sponges (not marshmallows) in chocolate and rolled them in nuts. I thought they were a little too chewy. This encounter prompted me to think that perhaps she was someone I needed to get to know and we soon started dating. Our dating ritual was a little different than most since it involved her accessing my apartment while I was gone to grease the toilet seat with Vaseline, put red poster paint in the shower head and sew the flies shut on my underwear. My roommate never forgave her for the Vaseline. We became engaged in June of 1984, and I had yet to meet her parents. I sold my motorcycle (to my parent’s delight) to purchase a plane ticket to Baton Rouge. Their daughter was marrying a Yankee and they wanted to look him over. Sandi was born in the bayou town of Plaquemine, Louisiana, on May 21, 1957, in the heart of Cajun Country. She was half Cajun but cooked like a full-blooded Cajun, whipping up gumbo, etouffee, and jambalaya for guests and family dinners. We were married on November 10, 1984. She was told before we met it was likely she would never have children. But, we had two miracles, Sandi saw each as a very special gift from God. Sandi worked for Central Valley Schools as a para-educator for 20 years, working most recently at University Elementary with a team of dedicated professionals she loved. Sandi was a people person and struck up a conversation with almost everyone she met. I spent many embarrassing elevator rides as she got to know folks during our ascent, but her love and genuine caring for those around her is what people have told me they loved about her. Many, many people have prayed for her since she was diagnosed with blood cancer in October of 2018. Thank you all for your prayers, they meant a great deal to her and our family. I saved the best for last,  we have been blessed with two grandchildren by the names of Josiah and Nolan Lewis and one grandchild we haven’t met yet because he hasn’t been born.  Sandi loved her grandchildren more than anything and spent countless hours in the Mississippi heat and humidity just so she could be around them. Now that is love. Rest well Sweet Pea. A Funeral service will be held on Tuesday, July 9th at 1:00 p.m. at Valley Fourth Church, 2303 S Bowdish Rd, Spokane, WA 99206.

The family of Sandra Gail Nelson created this Life Tributes page to make it easy to share your memories.